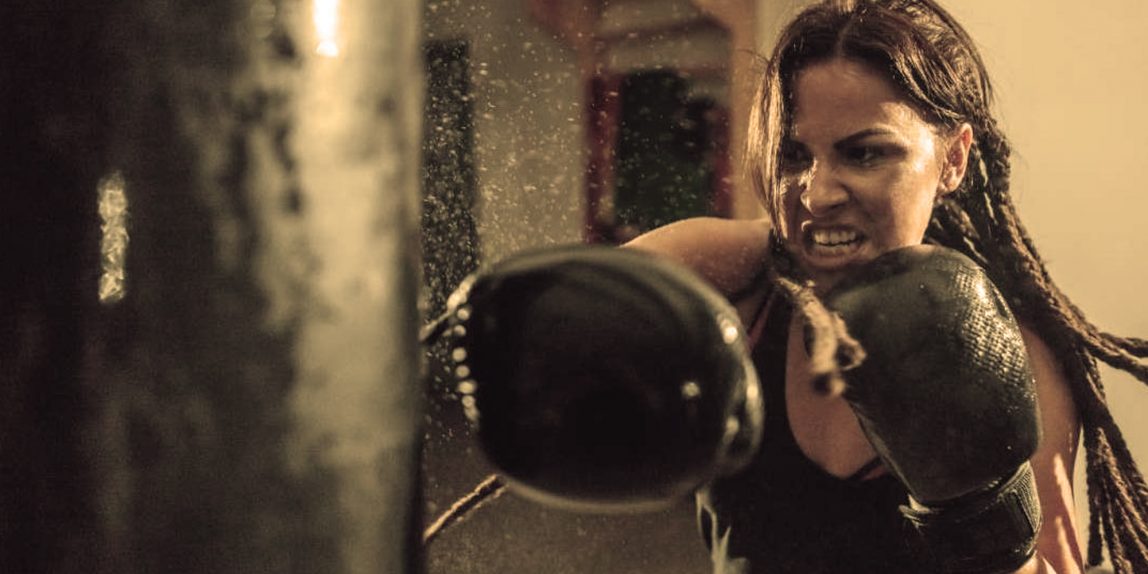 In the primitive times of the development of mankind, humans had to struggle to survive. Every day, to eat and live, men were challenging death.

The confrontation with the possibility of dying was as present as life itself. We have not changed that much: our immune system is still functioning like in survival days.

The reaction to an important stress triggers a release of adrenaline that allows to deal with the two most important options: fight or flight. This rush allows us to have an increased neuromuscular function and to be more resilient to pain.

In our sterile society and where the sense of responsibility has vanished, we don’t have many occasions to be confronted with these extreme body mechanisms, so they end up surprising us. We take this natural feeling, which renders assistance to a person in danger, as a pathological manifestation of our weakness in a situation: it overwhelms and paralyzes us instead of supporting us in our choice of action or escape.

When driving a car, it is requested to engage the clutch and then accelerate. If you do so, you will have a movement that depends on how hard you are pushing your machine. If you accelerate without clutching a gear, you will have a terrible noise, a shaking of the structure and some surprise of the driver who does not feel the expected motion. Adrenaline causes the same phenomenon in humans: if we learn to use it then it is of invaluable help, otherwise it will only disturb us.

Through daily pathological anxieties, we release, over long periods of times, small doses of adrenaline without any purpose or specific reason.

A possible confrontation with the partner, the department head or the “colleagues” at work, causes this anxiety unnecessarily. The more the body gets used to this constant release of adrenaline, the more the person will be tense, agitated and unable to respond to a real emergency situation. The constant stimulation of the system, without reason and without action, is not like a car that accelerates constantly without being clutched, thus burning the engine.

The compulsive calculation of possible conflicts destructs us and makes our daily life arduous. We’d better fight against situations that really come up, rather than tilting at windmills. Moreover, after a while, this unused energy, stagnant and “heating”, will be turned against someone weaker than us in our daily life: a partner, a child or small pet (if we are really weak and pathetic). This sweet release of “poison” must be identified and sublimated not to destroy us.

This is an anxiety, so it comes from ​​the world of thoughts. It is a work of internal alchemy which begins with Qi Gong.

When planning a real confrontation, it is normal to be scared. This stimulation prepares us for a reality. Whether a request for an raise, the prospect of a breakup, a fight for one’s life or for sport, the feeling will grow until the manifestation of the event.

This fear may be that of defeat like that of success. This adrenaline rush lasts long enough and becomes useless. It is very difficult not to be the victim of this waiting period, often much worse than what we really expect.

This is related to the field of “calming the mind”, but this represents an advanced level of practice.

In a conflict situation, and according to our level of knowledge of these phenomenons, we have a wrapping and violent adrenaline rush.

Depending on our own reality, we will be overwhelmed by the flight of a sparrow or a bayonet fight in the dark night. The more we become  intimate with these rushes and situations, the more we live them fully, in a completely relaxed state. The response will be even proper if our intellectual mind is not involved: we are more in an instinctive response which depends directly from an adaptation to our perceptions; the mental compulsive mind there is not welcome here.

We wil be progressively able to be more familiar with our reactions in a gradual exposure to our fears. Thus we will be more able to respond normally to life, in a typical taoist non-resistance.

In a conflictual situation with life, we can misjudge it. This mistake may suddenly appear when realizing the confrontation: again we go through a fear of failure or success that will give us a “second round” of sudden release of this natural stimulant.

Too often ignored by unadventurous scholars in their studies on fear, the second wave can break the achievement of our action. Confident of our abilities, but surprised by how reality turns out, we can be knocked out by this phenomenon.

A fantastical imagination, nourished with hopes and dreams, may be the cause of the difference between our projections and reality. I love the image of the armchair fighter who actually for the first time on an opponent. He is sure of the immensely destructive power of his iron fist and he is surprised by the absolute lack of results on the guy standing in front of him.

Imagination and cheap books guaranteed him victory however, but reality is not as attractive. He can be gone strong to battle, with all his illusions, and receive a “second wave” of fear that will freeze him at worst, make him run at best.

A husband who wants to break-up with his wife can feel self-confident and full of power until the final confrontation where his girlfriend leaves him.

His universe of decision-maker male may be the source of a memorable adrenalin rush. Exposure to fears will help setting the proper level of response to fear to a pleasant degree for everyday life: This level differs depending on whether one is a dressmaker or a special forces agent.

After the conflict, a “drawling” release remains and relaxes residual tensions. May the confrontation be a success or not, there is often, in this moment, a violent feeling which concludes the expérience.

The emotions that will be linked to the happy or unhappy resolution of the confrontation will make this moment easily discernible or not. When we are very pleased with the success of a confrontation, the final corresponding release end can be confused with the emotional signs expressed, but it’s here anyway.

The more the confrontation phase will be unresolved, the more violent the final phase will be. If all steps do not end in a clear resolution, the remnants will be very present and very troublesome.

How to recognize these manifestations of adrenaline release?

The  results a slow rush, ie type 1 of the “anxious”, and type 2 , are by far more dangerous and can become chronic. The same symptoms can exist for a bad psychological reaction to type 5, the afetrward rush, it is a state of shock.

We have four major symptoms:

Regarding the violent releases in the confrontation moment, we have five manifestations:

– An agitation that starts from the heart pumping to shake the whole body (voice included)
– A lack of saliva and spontaneous sweat (hands included)
– A “tunnel”vision that reduces peripheral vision (useful but dangerous)
– A possible nausea or a desire to go to the bathroom,
– A distortion of time which may seem longer or shorter.

These are the manifestations listed as the most common in studies on fear and its biochemical process.

To regain a kind of relaxation in these situations, a more normal way of working, we have three key concepts:

– To accept by intellectual and experimental understanding of the body mechanisms,
– To feel the adrenaline rush without confusing it with weakness,
– To use this natural help to “fight or flight” the situation.